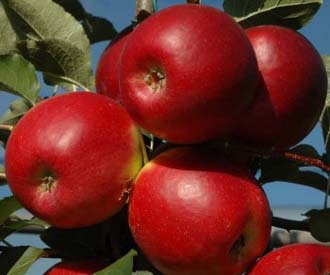 When you want to plant some apple trees, you need to know 2 basic details:  What cultivar/variety and what rootstock.  Any reputable nursery will give full information on both of these aspects of the tree you are looking for.

The rootstock is a crucial choice; it’s the foundation for the tree’s eventual size, vigor, production level and often even long-term health and longevity.

The old-timey size was called “standard” because it was the “standard” choice for orchards all over.  It was simply random seedlings that were grafted upon.  Those seedlings were long lived, vigorous and healthy, but the trees took 6-10 years to bear fruit, got enormously large (30-40′ tall) and were not efficient producers on a square foot basis compared to modern rootstocks.  Standards are good still today though in far northern areas, because they handle extreme cold well and are hardy.

The next standard choice became EMLA 111, also called M111.  M111 is considered a “Semi-Dwarf Rootstock”  Hardy, long-lived and extremely productive, and attains a height and spread of about 20 feet.  It also comes into production after only about 3-5 years.  This is much more appealing and practical for orchards and home growers alike.  M111 rootstock also has  very good performance on heavy clay soils, which most people in our region tend to have.   The other good choice is M7 “Dwarf Rootstock.”  M7 attains only 10-15 Feet at maturity, is quick producing (2-4 years), but needs to be staked or will lean in time.  M7 dwarfs are good for those looking for a smaller tree that will be very productive, but again, they need support in the form of a large wooden post buried at least 2 ft in the ground (or a trellis system) or they will likely develop a severe lean in time. 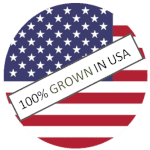